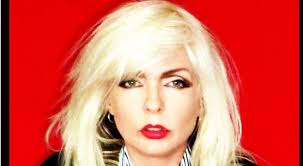 Debbie Harris, lead vocalist of Bootleg Blondie, has the looks, the voice and the attitude of the original Blondie bombshell and like her heroine is typically outrageous on stage. She has been known to wear dustbin liners, thigh length boots and t.shirts with more holes than t.shirt! Debbie’s pride & joy is her guitar which she plays at every show and is signed by all the Blondie band members. Lead vocalist Debbie Harris appeared on two shows for BBC1 when she was picked out of 15,000 applicants to represent Debbie Harry on ‘Even Better Than The Real Thing’ hosted by Paddy McGuinness.