Comedy Night at The Beaverwood with Paul Sinha 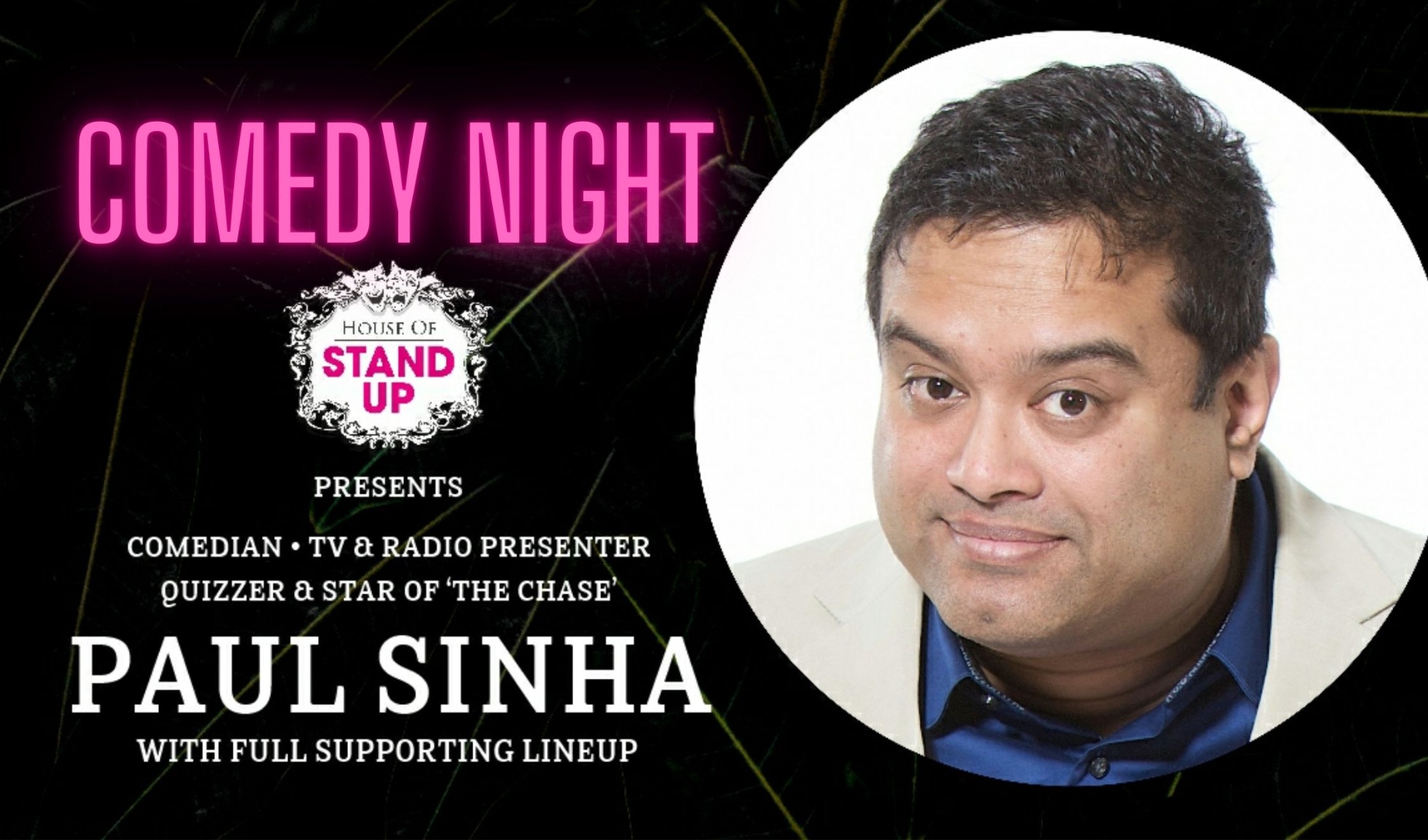 We’re really excited to be kicking off our Comedy Nights in association with House of Stand Up,
with PAUL SINHA.

A trained medical doctor who is perhaps best known as the Sinnerman on the hugely popular ITV quiz show The Chase, Paul has been a successful comedian for a number of years.

As a club comedian, he has played every major comedy club in the UK, performed in eighteen other countries across the globe, and been three times nominated for Best Club Comedian at the Chortle Awards, winning in 2014.

Paul has taken eight solo shows to the Edinburgh Fringe, his 2006 show Saint or Sinha being nominated for whatever the Perrier award was called back then. His 2016 show Shout out to my Ex had a sell out run and is now touring nationally.

On Radio 4, Paul has appeared several times on venerable favourites Just a Minute, the Now Show, and the News Quiz, and has carved out a career in factual comedy, with shows on cricket, the 2012 Olympics, Magna Carta, UK Citizenship, and three series of History Revision, which won the 2016 Rose D’or for best radio comedy show.

‘Want quality laughter? This doctor will see you now’ THE HERALD

Time: Door/bar opens at 6pm. Comedy at 7pm.
Age restriction: 18+
All shows contain adult humour, so be prepared for some naughty jokes and strong language!