In this instalment of just 30 minutes, I was given a great tip by a friend about this little gem of a place near Eynsford. It is well within the 30 minutes radius and we only counted 20 minutes on the clock from Chislehurst.

This place is familiar to us as we have been there before prior to having kids. It’s a gorgeous medieval mansion with an impressive gated front, set by a still and placid lake plus wonderful manicured gardens. But it doesn’t normally feature on my list of places to go for families. When a friend texted me to say that our eldest, Ted would love it, I will be honest it was because there was a Fire Engine Rally happening that weekend and she knows my son’s love for all things Fire Engines! With a great-grandad and grandad having served in the Fire Service, the passion is in the genes and this weekend’s event only served to fuel the fire of his enthusiasm. Oops sorry – await a whole load of fire-related puns, it is just too tempting…

We intended on a full day of family fun and set off early-ish to make the most of being one of the first there and avoiding queues etc. All that said, we didn’t actually need to worry about queues. The day was slightly overcast and there were not thousands in attendance. We had free run of the fire engines on display, front row of the display arena and the house and gardens were not overrun at any time.

The big surprise with this destination was that it wasn’t just the fire engines that held the kids attention. Our boys loved the World Garden. This garden has an amazing story. The garden was conceived in the fetid heat of the jungle in the year 2000 when Tom Hart Dyke went on a plant hunting trip to an inpenetrable jungle between Panama and Columbia.  Tom was taken hostage during that plant hunting trip and was held for nine months by gun-toting guerrillas and under the constant threat of execution. On 16th June, 2000 with a rifle pointed at his head, he was told to prepare for death. That night, he found himself making plans for a garden that would contain plants collected from across the globe, planted out in their respsective countries of origin.  Tom was lucky and just before Christmas of 2000, he was sent home. Once reunited with his ancestral home in Kent, he set about creating his vision.  The garden itself is beautiful, rich and with fabulous stories of where our plants originate from and an array of colour and the exotic.  But for our boys (Ted is 4 and Henry is 2), whilst they could sense they were somewhere special they were far more fixated by the small paths interweaving between each of the continents  and seeking out the unusual statues, water features and even Colin the Cobra! The boys were chasing each other past cacti, bamboo and many a latin named plant that I will be honest, I didn’t register. Our eldest was fascinated by the “Hot & Spikey” house full of the largest cactuses that I have seen in the UK. He had never seen anything like it and was terrified of falling into all the plants around him! You may be familiar with Tom’s story as the BBC have done several documentaries on the story of the World Garden.

Our day at Lullingstone was interspersed with trips to the Fire Engine arena with the fantastic displays of fire engines from World War Two, the 60s and more recent fire engines used in the likes of London Burning. There were no pyrotechnics, they were putting out real live (controlled!) fires that immediately got the kids attention. For us, there was special recognition as I was able to explain to Ted that his great-grandfather had fought great fires during the Blitz. Whilst the concepts are difficult, I know the seeds of understanding were being sown.

We would then return to the World Garden or even a trip to the house itself during a brief downpour.  The present Manor House and Gatehouse were built in 1497 and have been home to the same family ever since. Both Henry VIII and Queen Anne are known to have been regular visitors. We go round the house at breakneck speed and I am slightly sickened by the total lack of interest my pre-schoolers take. I used to visit these places at a leisurely place; taking in the architecture, the history and the décor. These days, it is about ensuring that the 2 year old doesn’t break beyond the rope barriers and doesn’t touch the beautiful fabrics which seem to be everywhere.  All that said, I like to think these are introductions to places I intend to force them to visit properly when they are older!

The boys loved this place. I will be honest I think the main attraction for the kids was the fire engines but Lullingstone regularly does events across the year; they host Medieval Weekends, a Scarecrow Festival, Car Rallies, Plant Hunter Events and Easter Egg Hunts. I would encourage you to make a visit during one of their special events as I think there is then enough to keep both you and the kids interested. I also think this is one for the Grandparents – don’t want to make too many stereotypes but both sets of our grandparents would have loved the gardens and the fire engines were simply a bonus.

This attraction is £8 for adults, £4 for children (aged 5-15), £6.50 for senior citizens and £18 for a family ticket. For this event, there was no additional charge and in my mind, made it good value. We stayed for 4.5 hours and felt delighted with the day. We took a picnic but did stop in the castle marquee for cake. It was a great al fresco day enjoying the gardens, house, a short walk to overlook the lake plus two boys thoroughly thrilled by the flames and the fire engines.

As an added extra, try out the Plough pub in Eynsford, right next to a gorgeous Ford. To watch the children playing in the sunshine, it felt like we had stepped back in time. One for our next trip as our boys are already asleep dreaming of sirens! 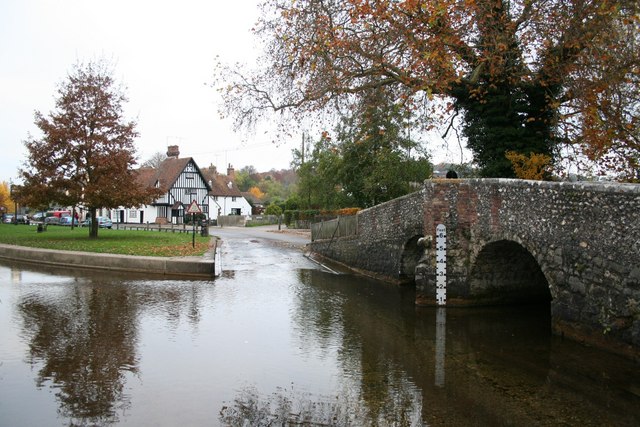 Check out Lullingstone Castle’s website for their full events calendar.

And on Saturday 25th and Sunday 26th July, they are celebrating 10 years of their World Garden.

The World Garden kicks off the weekend with a celebration of the lives of some of Britain’s most intrepid plant hunters who heroically discovered the far-flung botanical delights of the world and have inspired Tom Hart Dyke, as a modern day plant hunter, to travel all over the world. Visitors for the first time will experience a NEW Plant Hunters expedition camp complete with plant presses, roaring fire, canvas tents and authentic dress of the period. Tom will lead free guided tours of the World Garden at 12 noon and 2pm (no prior booking required) starting at expedition camp to take you on your very own plant hunters adventure!

The Great Hall at Lullingstone Castle will also host the Sevenoaks Tree Society’s popular exhibition “The Remarkable Trees of Sevenoaks”. New for the 2015 exhibition will cover the remarkable trees in The World Garden, Castle grounds and Lullingstone Park, home to over 300 internationally important ancient oaks and other species. (exhibition opens on the 24th July and also runs following weekend  31st  July – 2ndAugust)

Children will also have great fun and be kept entertained with the WI Scarecrow Festival ‘just for fun’ quiz to celebrate the special centenary of the Women’s Institute, over 80 different WI themed scarecrows located around the grounds all ready to be found!

Open on Saturday and Sunday from 11am until 5pm. 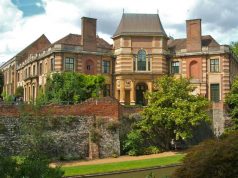 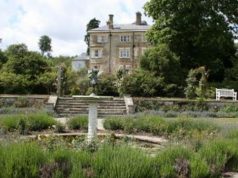 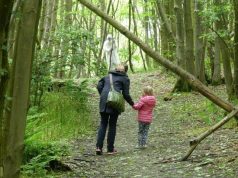