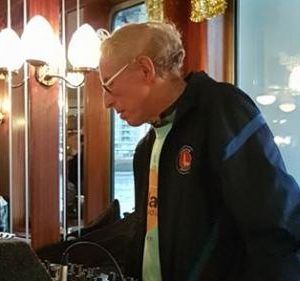 My name is Clive Richardson, currently Chairman of Chislehurst Tennis Club which is located in the Recreation Ground, and recently elected also as Chairman of the North Kent Lawn Tennis Association, the largest regional sub-group in the country, affiliated to the Kent County LTA. I’m an active Chairman, playing in three teams at the club – Men’s, Midweek Mixed Veterans and the Mixed Doubles team, of which I am also captain- playing league matches summer and winter.

I was born in Bromley – Widmore Road Hospital- in 1946 and spent the first six years of my life living in Cranmore Road before my parents became early tenants of the Edgebury Estate in 1953, and I lived in Slades Drive throughout my formative years and into the mid-1970s. I was a pupil at Red Hill School 1955 – 59, then passed my 11-plus and was selected for Cray Valley Technical School at Footscray- now Kemnal Manor Technical College. I moved to Grove Park for 20 years, but my wife Barbara and I are now back living in West Chislehurst (so says my phone GPS!), though my postcode is sadly, SE9!

I left Cray Valley in the Spring of 1962 with 5 O-levels, wandered into New Eltham Library during the summer holidays and saw a job ad for Library Assistants, applied and was offered a job. Two years at Woolwich Library, then three years at Eltham – then the lure of ‘working in London’. Thus followed six years in the book trade, into the early 1970s, two years working for a friend in record retailing and mail order, thence back to the book trade- and 19 years running the mail order section of what was then Dillons Bookshop in Central London. Redundancy in 1996, then two years running the mailroom of a major auction house (Phillips), followed by eight years running the mailing department of BUPA in Holborn before retiring (from commuting) in 2006 just after my 60th birthday.

That was the ‘day-job’, but my spare-time work was freelance journalism, as a music writer and music consultant! This began as editor of a soul music fanzine  in 1966, then as contributor to a weekly paper from 1974. This took me into writing sleeve notes for LP records, then into radio work, guesting on local radio shows in the 1970s, then as a radio DJ from 1981, first on London pirate soul music stations, then into local radio on RTM Radio (Thamesmead) through the 1990s, and then to internet radio with Solar Radio, a pirate station re-born and ‘legal’ since 1999. The music consultancy saw me as Label Manager for Shout Records, producing a catalogue of soul reissue CDs now running to 90 titles!.

I also found time to write all of this down, and my autobiography ‘Soul Citizen’ was published in 2010 and is available from Amazon!

Having grown up in Chislehurst, it is reassuring to note that most aspects of ‘village life’ continue to prevail, and the atmosphere and ‘feel’ of the village remain comfortable and friendly. Having made every effort to ‘sell’ the tennis club as a community venture (rather than an elite sports venue) over the past decade, I am delighted to be on waving and nodding terms with so many of the people I have met through the various community organisations.

The tennis club draws me to Chislehurst, for playing, socialising, maintaining and administration, but there is also a good range of local shops- and I bank with Santander!

As hands-on Chairman of the tennis club, there is ALWAYS something to do!

The only story about Chislehurst that comes to mind was actually being present at the legendary Jimi Hendrix gig (it was hardly a ‘concert’) in the Caves on December 16, 1966. Hendrix came onstage around 9pm and finished just after 11pm. There were about 400 people in a space which was ‘packed’ at 200, and by the end, on a cold December night, we were all drenched in perspiration with ears ringing!  A pleasant irony, from that piece of musical history, was to have been involved in the first Chis Rocks events, with the privilege of being one of the comperes for the first two years, along with other volunteers – handy to have some radio experience!! 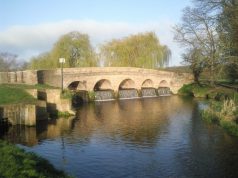 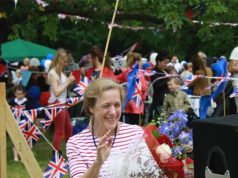 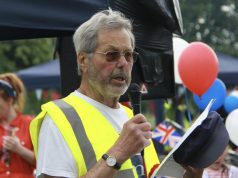