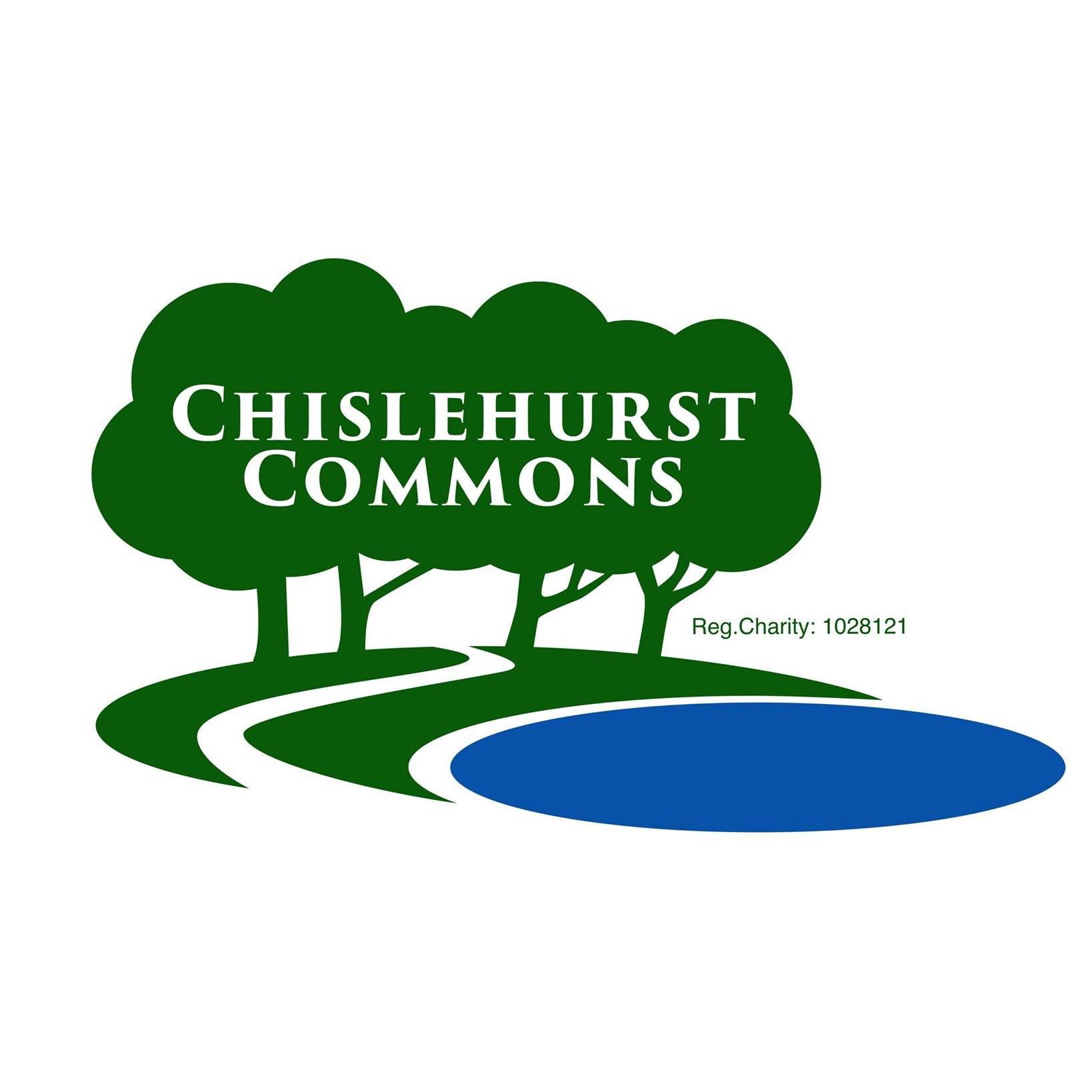 A peaceful, rural scene where geese graze on the grassland, surrounded by trees still in full leaf, yet within easy reach of the bright lights of London – just one of the many aspects of Chislehurst Commons, the 180 acres at the centre of Chislehurst.

In our monthly Newsletters we aim to keep you up-to- date with developments on the Commons, illustrate the amazing diversity of flora and fauna, and show you some of the work involved in maintaining and enhancing the area.

Our Wonderful Keepers and Volunteers

The Volunteer Working Party take a welcome break! They have started the main work programme for this winter, clearing holly and scrub from the area of the Commons behind Fairlight and Fallowfield. This will let more sunlight through to the woodland floor and open up the area around some of the fine trees growing there so they can be seen to full advantage.

A possible explanation for the extent of the holly choking our woodlands, lies in the Great Storm of 1987 which struck in October.

Echoes from the Past

The Great Storm began late in the evening on Thursday,15th October 1987,  gathered strength in the early hours of Friday, and by morning  hundreds of trees had been lost. The local paper reported, “clusters of trees were left lying criss-crossed over each other in clumps, while other parts of the Commons were seemingly untouched.”

Although the devastation and sense of loss were great, the changes that occurred that night helped to create the woodland of today. New vistas and pathways were opened up. Some of the fallen trees can be seen today, horizontal but still alive, and the remains of others provide habitats for small creatures, and interesting shapes to feed our imagination as we stroll past.

But the great winds stripped the holly trees of their berries and scattered them across a wide area, setting the scene for the dense areas of holly that test the skills of our Volunteers today.

The Clerk to the Board reported that “by the morning of 16th October, the Commons were virtually impassable by vehicle.” The operation to clear the fallen trees took many weeks, but the community rallied round and the Trustees, residents and local organisations worked together to restore order.

This time of year brings a rich harvest for the wildlife of our Commons – sweet chestnuts, shown in the photo above, blackberries, acorns, beech nuts, rowan berries, rose hips and the fruit of the hawthorn. They all bring seasonal interest and colour to a walk through the woodlands.

News and views from the ponds

Through the summer, work has continued at Prickend Pond on the programme to increase the diversity of the flowering plants growing in and around the water’s edge. This should also increase the population of, for example, damselflies, butterflies, and dragonflies, which will in turn attract more birds and bats. A number of factors affect success in establishing the new plants, including the weather and the activities of the waterfowl, so it may take time and further management to achieve the planned results. 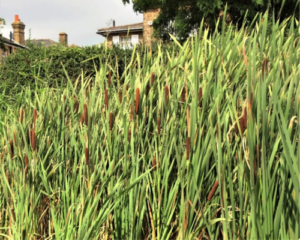 This Reed Mace, now a striking feature in the corner of Prickend Pond by Ashfield Lane, has had some difficulties in establishing itself. The original plants were donated some time ago by the National Trust but were eaten by the waterfowl and have only re-emerged within the last two years.

A beautiful study of a damselfly, probably a Willow Emerald, at Rush Pond. 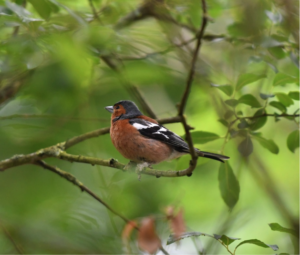 Last Sunday’s Bird Count at the ponds included a Chaffinch at Rush Pond, its orange-pink breast feathers visible among the leaves of an overhanging willow. They were once popular as cage birds because of their tuneful song. The Count has not recorded any Tufted Ducks for some months, and on Sunday the Egyptian Geese, which have been resident since last year, were absent.

One of our smaller residents

This vole was seen near Scadbury Drive on St. Paul’s Cray Common. As it was in the woodland it is probably a Bank Vole. They are a richer colour and have a proportionately longer tail than Field Voles. They feed on nuts, fruit and small insects, but are particularly fond of blackberries.

There have been reports of sightings of two herons at the ponds but, so far, these have not been confirmed by a photo of the two together. These two pictures were taken 5 minutes apart, the one at the top at Rush Pond, and the other at Prickend Pond. The photographer saw no sign of a heron flying past as he walked from one pond to the other, and we are inclined to think, looking at the markings, that they are two different birds. 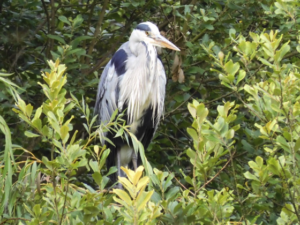 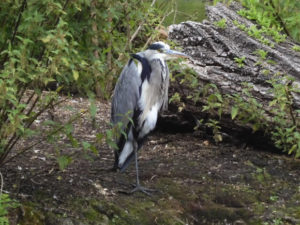 And finally ………. another picture from Nature’s Art Gallery.

The natural growth of trees creates some wonderful pictures and patterns. 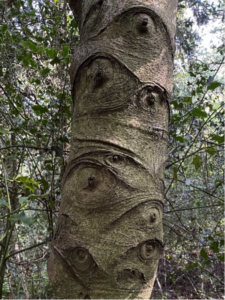 Autumn is an inspiring time on the Commons with leaves changing colour and the fascinating shapes of seed pods, nuts and berries. There is always something to enjoy and to look out for.

We will continue to do our best to maintain and enhance our precious 180 acres for present and future generations.

There are now two additional ways for you to show your support for Chislehurst’s commonland.

Members of the Co-op can nominate our charity to receive 1p in every £ they spend.

We are also registered with Amazon Smile.

Visit www.smile.amazon.co.uk instead of the normal Amazon website and select Chislehurst Commons, and for everything you buy, Amazon will donate 0.5% to help maintain the commons. This is another excellent opportunity to support the greenspace on your doorstep.