Glebe FC were founded in 1995 by the present Chairman and his wife, Rocky and Grace McMillan.

They are based in Foxbury Avenue, off Perry Street, Chislehurst Kent, with 15 acres of grounds, comprising of 5 pitches, a new stadium pitch, floodlit training area, and a modern stylish clubhouse and bar

From humble beginnings with just 1 U8’s team, the club has progressed and today runs fun training sessions for children aged 4 – 6 years; over 20 Junior Teams, from Under 7s to Under 18s, that play in the Kent Youth League and the Tandridge League; and 1 Ladies’ Senior Side. 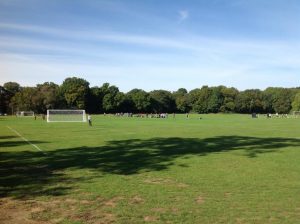 In recent years they have added a Senior Men’s Team that plays in the SCEFL Premier Division, which is a high standard of Non League Football, as well as the FA Cup and several other Cup Competitions. Matches are on Saturday afternoons and occasionally on Wednesday evenings.

They are very proud to have been awarded the prestigious ‘London FA Standard Charter Community Club of the Year Award’, voted by the Executive Committee of the London FA in 2014.

The Junior sides have won several League Titles and Cups at various ages including 10 London Cups. The Men’s Team has only been established for 5 years but have already won The London FA Senior Trophy (2015/16), Kent Invicta League Cup (2015/16) and were SCEFL 1st Division Champions in 2016/17, and so promoted to the SCEFL Premier Division, where they currently play. 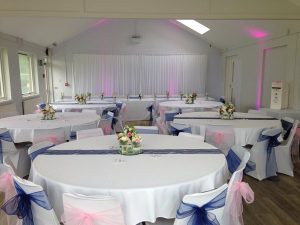 The clubhouse and bar is available for hire for corporate and social events, as well as outside events in the grounds.